Colin Kaepernick, former San Francisco 49er’s quarterback, initiator of the National Football League players kneeling during the national anthem, that Colin Kaepernick didn’t vote in the 2016 presidential election. Nobody said he couldn’t. His vote wasn’t suppressed by a racist institutional system. Claiming it would have been “hypocritical” for him to vote, he chose not to.

It doesn’t make sense to me. People died so we African-Americans could participate in the political process. Kaepernick claimed to want to initiate change, but that is hard to do if you won’t participate in the process. It is not hypocritical to vote, but it seems so to refrain from it. I know you can see why I’m now conflicted about my one-time hero.

Did he vote in the 2018 midterms when so much was at stake? I sure hope so. Voting is where the rubber meets the road, where we get to make a difference in our political system, where we get to promote the change for which Kaepernick claimed he was protesting. 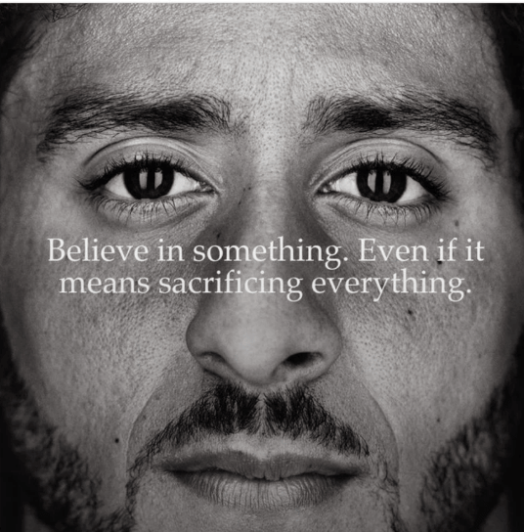 Colin Kaepernick, if you didn’t vote 6 November 2018 I don’t want to know. Remember: I’m the one who said you aren’t a “dumb jock.” Please don’t make me eat my words .