I can’t believe Ted Cruz! In a Houston TV interview in reference to the Botham Jean murder,  he actually said, “I wish Beto O’Rourke and Democrats weren’t so quick to always blame the police officer.” 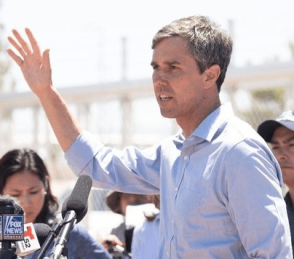 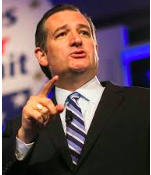 Jean, a black Dallasite from S. Lucia, was gunned down by white police officer Amber Guyger while he was in his own apartment minding, it would seem, his own business. So whom else are we to blame for Jean’s murder other than the police officer who admits to walking to his apartment door and shooting him dead?

“Cruz is just determined to get things wrong”

Cruz’s statement was made when he learned that Beto O”Rourke, his opponent in the race for U.S. senate, had indicated that maybe DPD Officer Amber Guyger should be fired, by saying, “I don’t understand, given the actions, how anyone can come to any other conclusion.” According to The Dallas Morning News, “an O’Rourke spokesman confirmed the quote, but said that the El Paso Democrat also said there should be a full investigation and accountability for [Botham Jean’s] death.”

Yet, it seems that Cruz is just determined to get things wrong, for he also said that National Football League players “protesting the national anthem and the flag, protesting law enforcement … is inconsistent with where most Texans are.” Cruz, like a lot of Texans and other Americans, obviously has been listening to the man in the White House rather than the N.F.L. players who are protesting. Yes, the protest is against unjustified murders of black people — men, women, and children — by white police. It also is against police brutality, the school-to-prison pipeline, mass incarceration, and economic inequality; but it is not against the national anthem or the American flag. And maybe “most Texans” aren’t where the players are, but I promise you most black Texans and African Americans do support the player protests.

I expect better from Ted Cruz, the person who is supposed to represent me in congress. I expect him to know what he is talking about, especially when discussing an issue about which it is easy to get the facts.

So, Ted Cruz, regarding your willful ignorance regarding Amber Guyger and the N.F.L. players’ protest, I’ll say it agin: I do not like  your words I said; you should not misstate things, Ted!

One Reply to “I Do Not Like Your Words I said; You Should Not Misstate Things, Ted”